Black Lives Matter is an activist movement which began as a hashtag (#BlackLivesMatter) after George Zimmerman was acquitted in the shooting death of Trayvon Martin, an unarmed African-American teenager killed in Florida in July 2013. The movement became more widely known and popularized after two high-profile deaths in 2014 of unarmed African-American men (Eric Garner in Staten Island, NY and Michael Brown in Ferguson, MO) at the hands of police officers who were ultimately not indicted. Since August 2014, ongoing local and national protests and other actions—often sparked by the deaths of other unarmed African Americans—have brought the movement to the public consciousness and conversation. Black Lives Matter, which originated as a hashtag on Twitter and other social media, has since evolved into a “movement.” As of August 2015, more than 1000 Black Lives Matter demonstrations have been held worldwide. Recently, four Black Lives activists released “Campaign Zero,” which includes ten policy solutions developed in conjunction with activists, protestors and researchers across the country, integrating community demands, input from research organizations and the President’s Task Force on 21st Century Policing.

We at Black Lives Matter Georgia Inc. wish to say thanks to Google Inc. Without you guys our mission would be very difficult. investing in technology is not an option we have, Google for nonprofits allows us to have that investment without worrying about that cost and without worrying about spending money that we don’t have on things we so desperately need, and IHS Markit charitable foundation for their financial support which will help so many, a shout out to Andrew and Arkadiusz for your support! Again thanks.

We tackle the fight against hunger and poverty in Savannah Georgia by assisting those in need and seeking long-term solutions. We have partnered with We Love Cann Park to fill the emptiness caused by hunger with Food, Help and Hope. We appreciate all the donations and support. 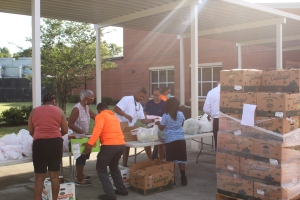 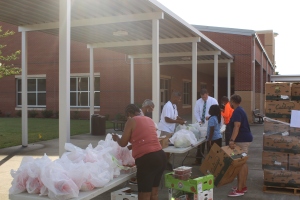 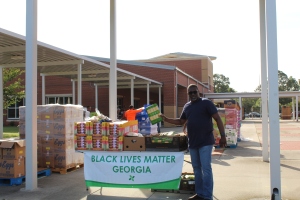