Violent crime surged across America after police retreated Wtf really! How crime stats lie — and what you need to know to understand them.

As Covid-19 rates improved and vaccinations allowed much of the country to reopen, reports of crime waves began to dominate headlines. Politicians, pundits, journalists and law enforcement have all scrambled to make sense of increased violence around the United States, while the public is left to sort through alarming numbers and conflicting narratives.

Understanding crime trends requires nuance, but gaps and inconsistencies in the data make it easy to misinterpret and spin facts in a way that serves political agendas instead of evidence-based solutions.

It’s never simple to pinpoint the reasons behind a rise in crime — especially following a year as extraordinary as 2020, in which Americans faced a once-in-a-lifetime pandemic, a steep rise in unemployment rates and a summer of intense social unrest. Please continue reading here

Critical race theory is a collection of theoretical frameworks, which provide lenses through which to examine structural and institutional racism.

Within critical race theory, racism is viewed as more than just individual prejudices. Instead, it is considered to include a wide range of social practices deeply embedded in policies, laws and institutions.

Critical race theory was developed from the 1960s and 1970s by legal scholars applying sociological critical theory in their work, although the term “CRT” did not emerge until the late 1980s.

Critical race theorists including Kimberlé Crenshaw, Derrick Bell and Patricia Williams investigated how and why racial disparities persisted in the United States. They did so through analysing these disparities in the legal and criminal justice system, as well as how education and employment opportunities (or lack theoreof) impacted generational wealth accumulation.

Interpretations of critical race theory are diverse as it is a growing body of scholarship. These are not formulated by theorists into specific doctrines, manifestos or sets of practices. But some general principles underpin CRT.

Opponents of critical race theory sometimes claim it creates division and discord between people. For example, they claim critical race theory is intended to make people with privileged identities, such as being white, “hate themselves” or feel shame and guilt for their whiteness.

Critical race theorists and practitioners argue the framework can bring people together by highlighting the causes of the deep racial rifts that already divide our societies. And that it can prepare people for the work of overcoming injustice through reflection.

Where is this coming from?

Since Donald Trump’s win in the 2016 US presidential election, the agenda of right-wing and conservative political and media actors in Australia has been heavily shaped by their US counterparts. Trump and other right-wing US actors have promoted broad misrepresentations of critical race theory.

For instance, Trump has claimed the “left’s vile new theory” (that is, critical race theory) teaches students that “judging people by the color of their skin is actually a good idea” and that the US is “systemically evil”. He claims “this deeply unnatural effort has progressed from telling children that their history is evil to telling Americans that they are evil”. Neither is true.

It is important to understand these moves in the context of a systemic push-back against calls for racial justice in the wake of the Black Lives Matter movement’s resurgence in 2020.

While we have made some great strides, BLMG still has a lot to accomplish. Would you consider donating whatever you can afford to help us achieve our mission. If you have any questions, I would be happy to provide you with more information my email is director@blmgeorgia.org We greatly appreciate your donation, and 100% will be used to help those who seek our services. We are a 501c3 nonprofit organization. Black lives matter Georgia does not and shall not discriminate on the basis of race, color, religion (creed), gender, gender expression, age, national origin (ancestry), disability, marital status, sexual orientation, or military status, in any of its activities or operations.

We at Black Lives Matter Georgia Inc. wish to say thanks to Google Inc. Without you guys our mission would be very difficult. investing in technology is not an option we have, Google for nonprofits allows us to have that investment without worrying about that cost and without worrying about spending money that we don’t have on things we so desperately need, and IHS Markit charitable foundation for their financial support which will help so many, a shout out to Andrew and Arkadiusz for your support! Again thanks.

We tackle the fight against hunger and poverty in Savannah Georgia by assisting those in need and seeking long-term solutions. We have partnered with We Love Cann Park to fill the emptiness caused by hunger with Food, Help and Hope. We appreciate all the donations and support. 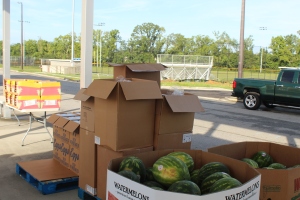